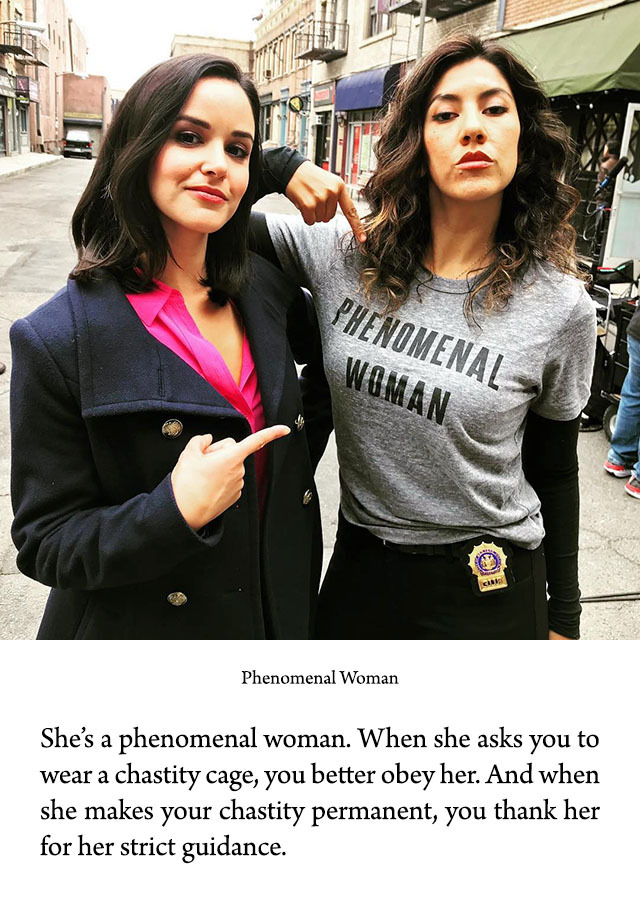 Brooklyn 99 And A Huge Dick

So, your dick hangs somewhere around your calves? How gullible do you think I am? The longest penis on record is 18.9" – but that’s mostly just a weirdly stretched foreskin, not a real proper dick. I doubt that a hypothetical 12" dick could become erect at all: there’s only so many blood in a man’s body to go around.

And what does “you want some” mean? Do I want to cut off a piece from your endless dick and cook it with some Szechuan sauce? Do I want to lock it in the largest chastity cage ever built? Do I want to fall down on my knees and worship your monstrous appendage like an ancient fertility deity? The answer, by the way, is no, no and no. I have no interest in your fictitious dick whatsoever.

Otherwise, how would I even contact you? Considering that you’ve sent me your question anonymously. Almost a bit like a coward who lies about his penis size.

Speaking of anonymously, I currently have a backlog of two dozen anonymous requests. It could take a while until I come around to do any of them, since I only process them when I’m not spending time on work, family or friends, my own caption ideas, other hobbies or non-anonymous requests.

Could you do some permanent chastity captions with the ladies from Brooklyn 9-9? —maesterprimer

Sure. I don’t know this series, but since they are all incredibly sexy, writing some captions for them is no problem at all.