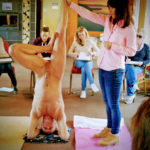 12 Ways For Men To Show Off a Bulge in Public

We had fun with him wearing a cock extender out to dinner a few times! With some suitably tight trousers to show it off.

Some interesting ideas here, here’s some of my favourites, with maybe some tweaks or notes:

simmer-until: Day 60 I can’t believe how hard I am inside this tiny cage. I can’t believe I’m ten days from smashing through last year’s record. I can’t believe she’s talking about moving the goalposts or expectation. That tease and denial is to be my pleasure. That the intense edges are what I should expect…

END_OF_DOCUMENT_TOKEN_TO_BE_REPLACED

There are many ways to make the key inaccessible or difficult to retrieve while you’re locked up. A keyholder taking possession is one option but there are many others, whether playing solo or with a partner.

Some… interesting ideas there, but it misses a really obvious one (that’s much easier than ‘melting a glass bottle’, WHAT?!!! Not unless you have a glass kiln! Glass melts at about 1,000 degrees Celsius!)

Put the key in an empty can or glass jar or even glass bottle (no lid though) and fill it with water and freeze it!

You can’t instantly get to the key, which is the whole point of all of these, and the glass options stop you attempting to smash it at all.

Love the last one though, putting it on a bunch of keys. Perfect if you have a really hot neighbour lol ‘I like to leave a spare set of keys with a neighbour for emergencies, is that okay?’

If you’re really brave add a key fob with your name and then ‘keephimcaged.tumblr.com’ on it

Relief can only come with an orgasm, and denial of that will end in nothing but pain in the form of what’s commonly known as “blue balls”.

But there’s a word in here that I totally LOVE:

Damn, I’ve become a Masturbatrix! And I love it!