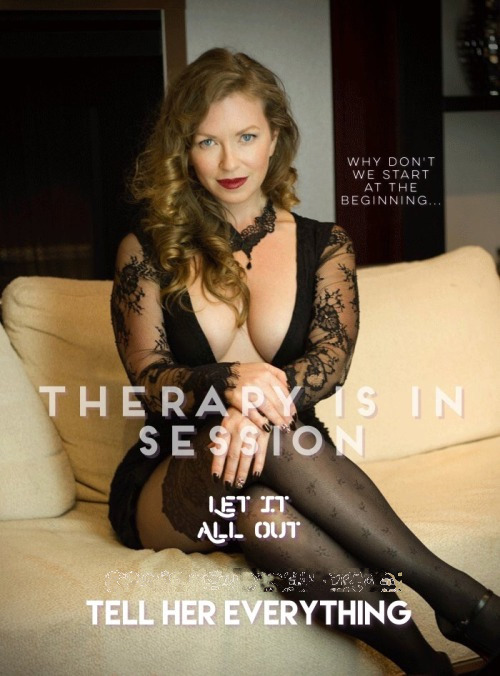 It was an unconventional therapy, but their sexless marriage was on the verge of a complete breakdown, and they both recognised they needed something radical to get it back on track.

A friend had given them her card, with a knowing smile and an extracted promise. ‘No one must ever know I gave you this. We never talk about it, you never ask about it. Deal?’

How mysterious, but that friend’s marriage had looked rocky a while back, and something had transformed it. Maybe it was worth a go. What the hell was Edging Therapy anyway, even Google didn’t know.

The first session was relatively straightforward, talking about their situation, until it got to her asking about their sex life in the most intimate detail. The questions she asked, but also the way she asked them – her arousal was obvious, and infectious. Making them describe their first encounters, their most memorable moments, what they were best at, what they enjoyed most.

The therapist looked at her watch, sliding her hand to her mouth and nonchalantly sucking her juices off as though it were the most natural thing in the world.

And much to her own surprise, she did. Hesitantly, but she was already aroused, the questions, the frankness, seeing another woman doing it, right there in front of them.

She turned to the husband, whose eyes were wide, ‘I assume you’ve never watched her do this before?’

‘I had no idea,’ he stuttered. ‘I didn’t know she ever did it, let alone so often. This is mindblowing.’

She quizzed him on his habits, and he tried not to look at his wife as he confessed just how often, and where, he would jerk himself off, every day.

‘I do, I really do!’ he replied, glad she didn’t make him confess any more.

‘Well you can’t. Let me make this very clear right at the start.’ She looked at them both, pausing. Her hand moved to his crotch and she squeezed.

‘I control this cock. It’s the very core of how I’m going to fix your marriage.’

‘This cock is my property while you’re in my care, is that clear? Do both of you understand?’ She turned to the wife. ‘Until I say otherwise, you are not allowed to touch it, rub it, suck it, or fuck it. Yes?’

The therapist turned to him, ‘And you, are you willing to let me control this?’ she rubbed his rigid cock through his pants.

The therapist slowly undid the husband’s zipper, she smiled to herself as she saw the sparks of lust ignite in the wife’s eyes. This was going to be an easy one. She kept looking at her as she pulled out his erect cock, playing with the slippery precum before lubing it up and stroking more vigorously.

She didn’t need to say much at this point, the edging would do its work. It always did.

He didn’t take long at all to get to the edge, she’d have to work on that. She shifted her attention to him, keeping him there. Making him focus on his wife, as she masturbated, watching.

‘Tell him what you want right now’, she told the wife.

He nearly came right then as he heard his wife express how desperate she was for his cock, the things she wanted to do to it, things he’d only dreamed of. And then it was his turn, in the most crude of terms telling his wife how desperate he was to fuck her, to use her, to be inside her again.

They both protested, but the therapist was abrupt and in command. ‘I said that’s it, this is edging, just look at how it’s already affected you, and we’re only just beginning.’

She reiterated to the wife that his cock was not to be touched, and then turned to him. ‘You too, no more wanking, it stops now.’

His wife exclaimed, ‘There’s no way he can manage that, you heard how often he jerks off.’

‘I know, that’s why he’s going to wear this,’ the therapist replied, opening a box on the table.

‘I’m going to lock up his penis in a cage that only I’ll have the key to. And you,’ she looked to the wife, ‘If you can’t control yourself I’ve got something similar to put you in, but for now, it’s just him who’ll be locked up.’

‘What the fuck? I’m not putting my dick in that!’ he whined.

‘I, I want that more than anything.’ He looked like he was suddenly going to cry.

‘Because right now, you’re selfishly draining all your sexual energy, jerking off whenever you want. And she needs it, you both need it, this marriage needs it. And it’s a habit you won’t break, without this. So, will you wear it, for three days, for the sake of your marriage, for the sake of her?’

Before he had time to change his mind she slid him into the steel cage, locking it and putting the key in her desk.

‘Shit that’s tight, there’s no room to grow at all!’ he exclaimed.

‘It’s better that way, it hurts, less, when you do try to get hard. Here, read this.’

She gave him a sheet with aftercare instructions, and how to handle the times it tries to get hard.

In the meantime his wife had moved close, right next to him for the first time. Staring at his cock, now encased in tight steel bands. ‘Oh my god, I think I want it even more now it’s behind bars!’

‘Welcome to edging therapy both of you. You’ve had a taste, and you’ve done wonderfully. No strict rules, yet – except one, which is?’

The magic was already working.

If you enjoyed this let me know, I’m sure I can find out details of their further sessions…
edging.space – denial for couples

Wow. How have I not reblogged this before?!