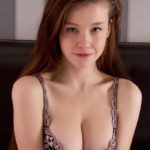 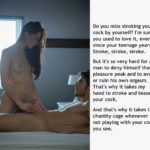 She wanted to show her friends how hot chastity was…and volunteered her hubby to demonstrate.

After teasing him about it for what seemed forever, they lay him back and she exposed his caged cock. It was already painfully tight. Once they’d stopped laughing they had fun seeing what they could say to make it strain even more.

She’d told them about how teasing turned him on, so they each compared his size to their husbands. They told him how they’d always know his cock was caged, and that he better be good or they’d have to tell their husbands, his best friends…

She’d been edging him for a couple of weeks knowing this was coming, so they admired his swollen balls, and finally, with her encouragement, cupped them, and ran their fingers over the cage. It had started a joke but their fascination had become evident.

‘Shall we let him out? What do you think girls?’ They debated the pros and cons, how cute it looked all caged up, whether he was big enough to be allowed out, them talking about it while they played with the cage was driving him insane.

Finally they agreed, but that he should be tied down first. Her closest friend gleefully volunteered and made a point of leaning over him, her erect nipples obvious through her thin red vest, which she held unnecessarily long over his face. As she leaned back she paused, and whispered in his ear, ‘You are so fucked’, he smiled, knowing just who had planned that.

And so, they unlocked him, letting his arousal push the cage up, sliding it off and watching him grow. The ring left around the base meant he was hard as rock within moments. The girls were genuinely impressed, making sure to point out he wasn’t as big as their husbands’ but was much harder.

Finally he got to the point of begging, ‘Please, please don’t leave me like this, I’m so desperate!’

His wife reached over, and wrapped her hands around his cock, ‘Why didn’t you just ask earlier, darling?’ And with that she tightened her grip and pulled her hand up his cock, causing a whole stream of pre-cum to ooze out.

Both her friends exclaimed at the amount. ‘You can use it just like lube, want to try?’ One of her friends didn’t fancy it, but the other… she couldn’t wait. The way she looked at him as she slowly stroked it up and down, it made his wife a bit jealous, but aroused too.

‘So, who wants to learn about ruined orgasms?’ she offered… 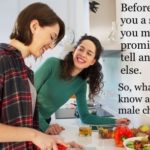 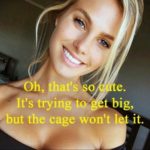 Reblog if you desire to be humiliated in your tiny cage. 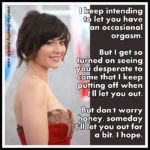 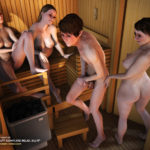 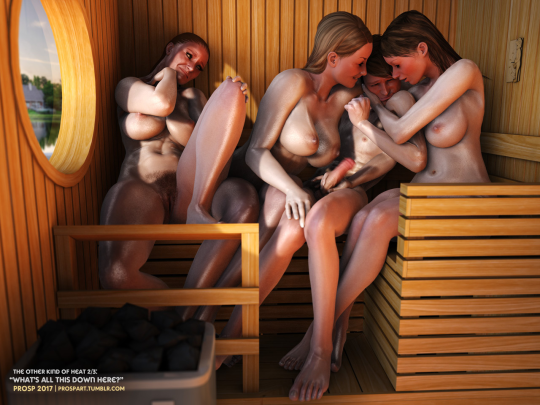 The Other Kind of Heat 1/3:
“Just sit your butt down and relax, silly!”

‘I checked darling, there’s no one in there. Come on now, I took the cage off, so now you have to have a naked sauna with me, that was the deal!’

‘Okay sweetie, I’m sorry, I lied. But these are the girls I got tipsy with in the bar last night, and I told them all about how long you’d been caged up. Lottie here had never heard of ruined orgasms, can you imagine!’

‘I thought that after a month of denial there’d be plenty in your balls for them to try ruining. Seems I was right!’ 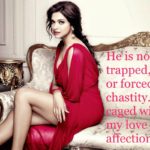 They’d been in therapy for years. Two weeks of this had their marriage back on track and heading to new heights.

Maybe after the three month initial period, she might hold the key herself… 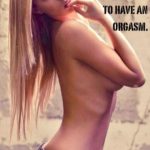