teasememylove: This happened to me over the Holiday. After getting on my hands and knees to give her an orgasm I asked if I could be unlocked. She replied “no. I didn’t even bring my key this trip”. So this is situations where you can lie to tease too. I literally got permission from hubby…

END_OF_DOCUMENT_TOKEN_TO_BE_REPLACED

She just hadn’t believed how much the benefits of male chastity had improved their relationship. But when she discovered the reality, she told ALL her friends.

She’d found it hard to have the strength of will to keep him caged, and only edge him – but at her best friend’s suggestion a Whatsapp group keeping them all updated on his denial gave her the encouragement she needed.

And of course as her friends began to try it it turned into quite the hotbed of ideas, teases and shared satisfaction – between the women anyway.

Every Friday night they’d have a group ‘eat out’ – no, not dinner together. As many as could, chatting on Whatsapp, while their denied partners went down on them. Those chats sparked a lot of new ideas.

One of them was that as the couple who’d started it all, they should set an example, and it was decided that he wouldn’t have an orgasm, for an entire year.

What’s more, the new openness between them all meant she invited them all along for occasion. He only found out once he was tied up of course.

What an evening it turned out to be. They’d all brought drinks and desserts and having all become skilled masturbatrix over the year, they had no trouble teasing him and keeping him hard the entire evening.

Finally, tipsy and aroused, they all gathered around to watch the climax. As she stroked him closer than he’d been all year they discussed how long his next lock up should be.

What no one mentioned, but had been decided long in advance, was the fact his one orgasm was about to be ruined. He should have guessed by the look on all their faces. 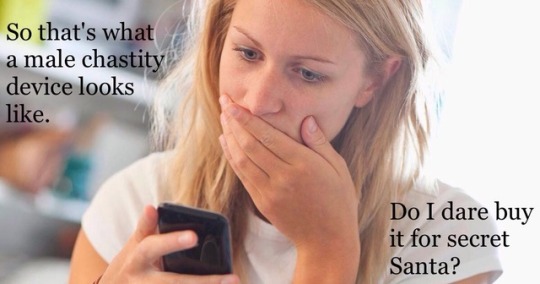 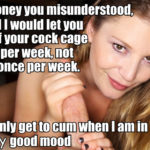 A weekly tease session in addition to chastity… sign me up 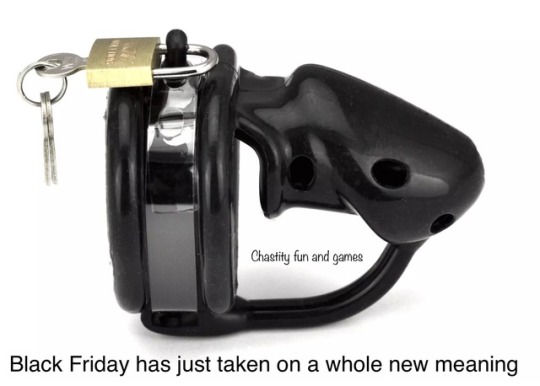 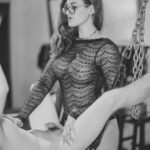 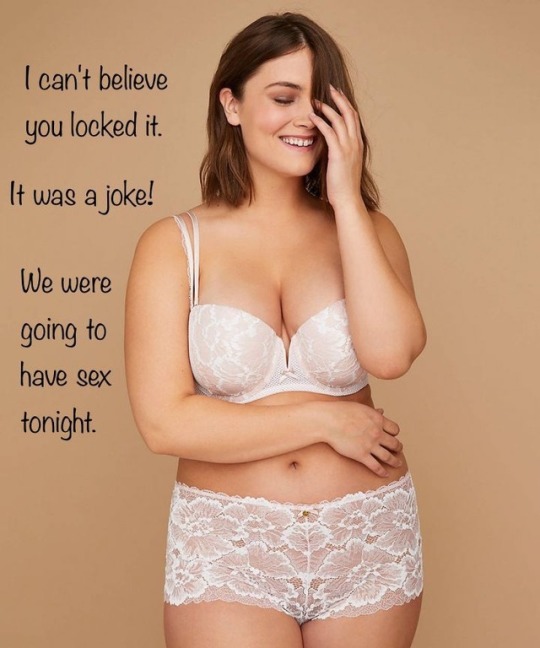 grumpy2017: Hurrah for using not all super skinny models in your captions, grumpy! 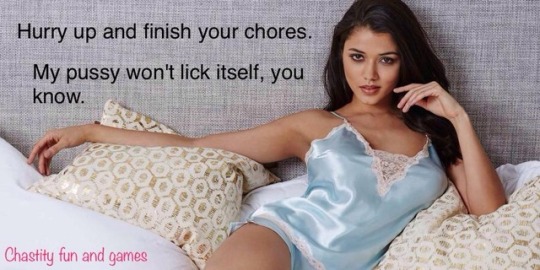 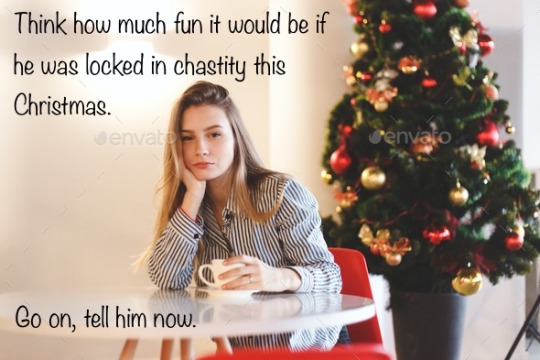 His technique wasn’t perfect but given he’d never even gone down on her before she tried caging his cock, it was a huge improvement.And he just seemed to get better and better the longer he was denied.